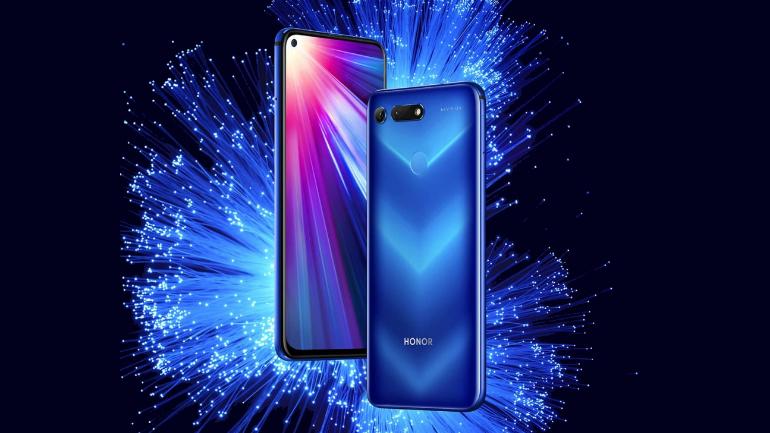 Honor has revealed its latest smartphone in Chinese market named as Honor V20. It is the first smartphone in the world which comes with the smallest punch-hole selfie camera.

Honor V20 spots 6.4 inches Full HD+ TFT display. The punch-hole selfie camera display of diameter 4.5 mm size makes the smartphone screen to body ratio to 91.82%. The back panel has a glossy gradient finish which gives it the premium look.

The smartphone has a latest Kirin 980 chipset which builds on a 7nm technology. The latest Kirin 980 octa-core SoC has maximum clock speed up to 2.8 GHz. Out of the box, the Honor V20 comes with an Android 9 Pie paired with a MagicUI 2.0.1. The battery efficiency would be more and performance in online gaming looks to seamlessly. The dual Wi-Fi band and Kirin 980 chipsets latest paired to give the best gaming and streaming experience. Also, the Latest AI processor is very advanced, it detects secured Https, as seen in sites that require high security like online casino sites, and non-https, which means that the smartphone’s chipset helps in web security. The smartphone can easily able to perform and handle large bandwidth that most of the betting apps wants. Smartphone has latest communication module which works very fast and secure.

Looking at the optics, the smartphone has a dual rear camera setup. The primary rear camera has a 48 Megapixel Sony IMX586 sensor with aperture f/1.8. It has ToF 3D secondary rear sensor to capture depth effect. If you don’t know what is ToF then it is Time of Flight sensor used for 3D slimming of a body and to create a 3D avatar. Other features of the rear camera include AI HDR, 980 fps slow motion, Super Night Shot and many other features powered by an AI. The front camera has a 25 Megapixel sensor with aperture f/2.0.

Battery and Other Features

The smartphone packed with a 4000 mAh battery capacity which supports fast charging. Also, it has all the major sensors including a rear-mounted fingerprint sensor. The phone comes with a Link turbo technology that switches b/w mobile data and WiFi on its own.

The smartphone has launched for a 30,000 in China compare to the Indian price for its base variant of 6GB Ram and 128GB internal storage which goes up to 35000 for 8GB Ram for the same storage.